First off let me just say that you purchased a breed of dog known for its barking habits.  If you love everything else about the dog but the barking, hopefully you have started training as soon as you brought your pup home.

If not, you have your work cut out for you.

There are levels of barkiness in shelties. I have some that I would easily consider in the normal range for the amount of barking and one or two that live to bark.

Having a single dog in the household to train will be a bunch easier than if you have two or more that can get each other going.

For those of you who are already starting with the “just do some training!” I would suggest that you to train your young human children (particularly little girls) to never screech and holler while they play.

I contend it is not possible. Ever stop by a playground? The noise is usually outrageous.

And if you can't train humans...

Yes, any creature can be taught to some degree to use their “inside voice” but not continually.

Then there are some neighbors that can be selectively noise sensitive. They don’t mind the sound of a Harley Davidson motorcycle, but cringe at the sound of a barking dog.

So How DO You Stop Your Barking Shelties?

Using the clicker method, what you do is click and treat the dog each time it barks. After a series of barks and treats, your sheltie will catch on to the fact barking gets rewarded (oh, goodie!)

Then you add the cue. Something like “speak” is an easy cue.

You say “speak” right before the barking begins, click and treat. Do that a bunch of times and the dog associates the word “speak” with the action of barking and getting a treat.

Then you say “speak” and see if the dog responds. If s/he does, click and treat.

At that point stop treating for barking if you haven’t asked for it. That way the sheltie realizes barking without being asked doesn’t get a treat. Eventually, the dog is trained to bark / speak only cue.

Then never use the cue. This in theory turns barking shelties into quiet shelties.

So, how else do you keep the peace?

Being focused on maintaining the best level of health, I look for solutions that do no harm.

Now, maybe they have improved them since I tried one many moons ago with the incremental shocking.

Not to mention, if you don’t train them right, they learn it is the collar that causes the pain, which means unless they live with the collar on 24/7, you still will have a problem.

Then there is the issue of having to get the prongs of the collar to touch the skin. That requires shaving the area in long coated breeds and enough pressure to keep the contact. I have seen skin ulcers develop from the pressure. Not healthy, even if it does stop your dog from barking.

And of course it can exacerbate the fear in a timid Sheltie.

Just place them in appropriate places near where the nuisance barking tends to occur.

That has worked for me with most of my pack. There are one or two hard-core barkers that it doesn't faze.

There are both hand held and stationary ones for indoors or outdoors.

Is Surgery for Bark-Softening Humane?

(Here is an article by a vet that echos my sentiments exactly). 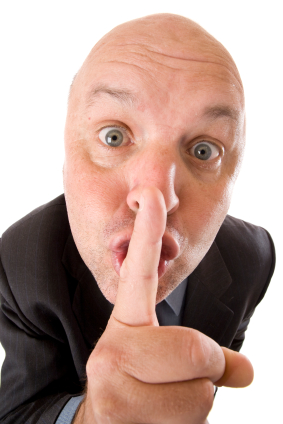 This is a hot topic, especially for people who have never come across a dog that has had the procedure. Fingers start wagging, accusations start flying, emotions run high. Sometimes, I think I’d rather discuss politics or religion.

The first variation of the surgical intervention to eliminate the problem of a noisy, barky dog is called BARK SOFTENING.

Yes, my adults are bark softened.  Why? Because I choose NOT to stop raising shelties, and I presently live in suburbia, the land of “SHHHHHHH!”

Will I move to a more remote place so my future dogs can bark freely without the bark-softening surgery that muffles their sound? FOR SURE! That’s what I’m searching for now.  But understand, there are breeders I know who have 8 acres of property and that still isn't enough to satisfy some of their neighbors.

In the meantime, I and other breeders of barky dogs like the Sheltie, rely on the surgery as part of normal care to maintain peace in the neighborhood.

It is a relatively simple procedure where the dog is anesthetized and small portions of their vocal cords are removed.

This allows the dog to still make noise, just not the high pitched shrieking sounds that can travel long distances.

After the surgery, there is little or no “recuperation time”. The dog is kept quiet for the next 24hrs after which they return to normal activity the next day.

Here is a rather balanced article on bark-softening surgery. And another article by a long time Sheltie breeder (not me!) on controlling barking dogs.

For those who say it is not medically necessary, you are right. But it is a socially responsible thing to do when dogs irritate humans by their behavior.

Performing socially necessary procedures is pretty common in this country. I would ask you look at the spay and neuter procedure which is also NOT PERFORMED FOR MEDICAL REASONS but primarily to prevent unwanted pregnancies. That is a social issue.

The spay and neuter surgery is certainly more invasive and creates so many more medical problems for our dogs than it solves.

There is another surgery that I would NEVER have one of my dogs undergo ever again. That is the debarking surgery which is much different than the surgery I just described.

Generally, puppies less than 6 months old should not have the procedure because they tend to re-grow the vocal cords and would just have to have it re-done later in life.

I DO NOT recommend this old fashioned surgery for Shelties. Here's why...

Years ago, I had gone to my vet to have several of my guys undergo the surgery. I had never had the procedure done before and so I relied on his expertise on how it should be done.  He was quite insistent total removal of the vocal cords was the only effective means.

The reason for the surgery was, unfortunately due to a neighbor that complained about my dogs barking. I had 30 days to solve the problem. You can't train multiple dogs in that short a time to keep quiet, much as I'd like to think it possible.

Afterwards, I was quite horrified at the results.  I would caution any of you out there to avoid this surgery at any cost. This is not the ramblings of someone who has only read about it and made a judgement on second hand experience. (Which by the way is what you can usually find on the internet.... people with an opinion about something they have never witnessed).

First, the procedure is expensive and rather lengthy. 20 years ago it was about $500.

How Debarking Changes Your Sheltie

This surgery requires an incision at the trachea (the front of the throat) so FULL removal of the vocal cords can be achieved. Once the vocal cords are removed, there is absolutely NO SOUND coming from your pup.

That means, your Sheltie could come to some harm or have a painful experience and you would hear absolutely nothing. It is truly spooky hearing nothing from your buddy. For some unknown reason, I expected to hear at least a whisper coming from them.

Imagine accidently closing the door on your dog's paw and not hearing anything to alert you to to his pain. YIKES!

They don’t appear to realize they are not making any noise and don’t seem emotionally distressed by it, but I assure you, you will feel that way.

Further, the recuperation time is pretty long. I seem to recall it was at least 6 months for recovery. This time period was punctuated by lots of coughing, gagging and bringing up sputum. That, I am pretty sure would be annoying to your pup as well as disturbing to you

While your neighbors may be happy with the subsequent silence and the dogs eventually do adjust, I can’t say it justifies something like this. Bark-Softening however, is a completely different matter that I recommend.

One final bit of advice. When someone says they have their dog debarked, make sure that it isn't just semantic error, that they actually mean debarked. I really don't know anyone that does this procedure anymore.

Or Maybe, Just Let Them Have Some Fun...