Finally, the order that could not be ignored, delayed or misconstrued. What has been said since April of 2014 was said yet again. Even while Penny Sanderbeck, in one final attempt interjected that she was the owner, the order was handed down.

FTC required Disclaimer: I receive commissions for purchases made through commercial links on this website in addition to selling from my own eStore. We are a participant in the Amazon Services LLC Associates Program, an affiliate advertising program designed to provide a means to earn fees by linking to Amazon.com and affiliated sites.

And the crowd roared!

Then silence as everyone waited for the actual transfer to occur.

Would Penny actually relinquish Piper the sheltie to her owners, Veronica Covatch and Michelle Wilson?

Would there be more drama than already seen in the courtroom?

Caution was advised by those in the know, that assuming it was a done deal would be unwise until the actual transfer occurred.

This could not have been any more stressful if it had been any of the supporters’ own dogs.

What exactly happened in the courtroom that day?

Copies of the court documents are here for you to read in their entirety, but I’m posting a summary as best as I understand it as a lay person without legal education. I’ve included direct quotes from the court transcripts as well.

Some of the quotes are incomplete sentences because it is verbal conversation being transcribed. Sometimes, people drift off before completing a thought or perhaps they are cut off by another party.

Any questions can be answered by simply reading the attached document that has the transcripts starting on page 24.

Perry Mason Would Be Rolling His Eyes Over This

The replevin hearing was to determine where Piper should reside until conclusion of the trial. And by the way, the trial to finally determine who owns Piper the sheltie hasn’t even started yet.

The means by which the Court (the judge) determines who gets Piper the sheltie is to review what proof of ownership has been presented to date.

Mr. Bell: “we believe based upon what we’ve seen, that it was your client’s dog… until sometime in 2013.”

The Court: “So up until … sometime in 2013 there is no dispute that this lady and Ms. Wilson owned the dog?”

The Court: “That’s it then, they’re the owner of the dog.”

Arguments by Sanderbeck’s attorney regarding subsequent transfer of ownership, transfer to the animal control, and finally transfer to Sanderbeck ensued but were put off by the judge because those issues are all to be addressed at the trial, not at the replevin hearing.

Bell continued to argue the point of possible change in ownership in 2013 and then again when Piper was transferred to COSR.

Mr. Banks: “He’ll have no evidence to show that whatsoever.”

The Court: “…. If I might add, Counsel, now I understand where …. Your clients are coming from.”

The Court: “Not that I agree, but I understand.”

Mr. Bell: “Judge, if I might address that, please, because the reason….”

The Court: “That’s subject for something else. It’s not subject for this replevin action.”

(That’s a subject for the trial, not this replevin hearing.)

Bell attempted to have a rescue volunteer testify as to how Piper came into her possession and then subsequently handed over to Sanderbeck. The judge would have none of it. Unless Bell was able to bring new information specifically regarding the already agreed upon ownership as of 2013, the judge felt it was unnecessary.

The Court: “…This is a replevin action. It’s up to the Court to decide whether or not the Plaintiffs have established their ownership of this animal. Okay. They have. The Court is going to order that that dog be returned to them immediately or your bond will be….”

At one point in the hearing, Sanderbeck pipes up unbidden by The Court.

Sanderbeck: “We are the owners.”

The Court: “That’s what you think.”

Bell attempts to get Sanderbeck called as a witness to share her side of the story when Veronica’s attorney states,

Mr. Banks: “Your Honor, we would have a continuous objection to the relevance of any person that just wants to talk about what the dog did, who picked him up, who let him go.”

The judge calls the request for testimony ludicrous while Bell continues to object to the judge’s reasoning.

Realizing that the point was lost, Bell decides he must ask for the judge to hold off on the execution of the order.

Mr. Bell: “Judge, I’m going to ask the Court for a stay of that order, certification…”

The Court: “File it in the Court of Appeals. I’m not going to stay the matter.”

Thank God! The judge was not going to agree to another delay!!

The Court: ”Let me tell you something, These people have been without their animal for over a year. OK? So they get their dog back today. There was an order on this replevin that was given to the Court’s process servers who went out there and they couldn’t get in, the building where the animal or where the rescue was, there were dogs in there, but they couldn’t get in because it was locked. That dog would have been picked that day and brought back.”

Yup, Piper should have been released over a year ago, but Sanderbeck never allowed access to her rescue.

So, should Sanderbeck decide to pull the same stunt as she did last year and just not answer the door, the Court warned her.

The Court “…If they don’t comply with my order, then they are going to lose that bond.”

Unless the court of appeals gives an immediate stay against the transfer, Piper returns home.

Mr Banks: “Until they get that stay, Your Honor your….”

The Court: “My order is today, as put in the record, that that dog goes back to the owners, which are the Plaintiffs, today.”

Mr Banks: “We’d ask for the bond to be forfeited if they’re refusing to turn over the dog.”

The Court: ” I think I have to let the Court of Appeals make a decision on whether or not they want to stay my order today.”

Oh, GOD! Now everyone had to wait to see if there is an immediate response by the Court of Appeals to reverse Judge Brandt’s decision. This is nail-biting-down-to-the-quick time.

The Court: ”If you don’t have your dog back tomorrow, I will forfeit the bond.”

So Bell had today to get the stay and once again keep Piper from her owners. Having heard that, if I were Veronica or Michelle, my heart would have been in my throat while they waited for news from the Court of Appeals.

WWBD? (What Would Bell Do?)

What Bell always does of course. He filed the appeal to delay the inevitable.

Bell filed hoping to stop the transfer of Piper back home. But he didn’t do it correctly. He didn’t formally notify Mr. Banks of the appeal nor give a copy of the appeal to Veronica and Michelle’s attorney. As a matter of fact, Bell walked right past Banks in court on his way to file the appeal without a word.

Bell failed to serve the plaintiffs as a strategic move “made in bad faith” as stated later by Mr. Banks.

But Mr. Banks filed an opposition to Bell's appeal in spite of never having been formally served in order to squash any possibility of it going any further.

We can only assume that Penny did not show up at 4:30 PM with Piper as ordered because she was hoping the Court of Appeals would approve the stay.

So the waiting continued well past the appointed hour.

Would Penny show with the dog?

Close to 7 PM and Finally the News Broke

Piper was in Veronica and Michelle’s arms!

And the cheers went up again!

Everyone can now take a moment to breathe and celebrate….

But just for a moment before we get back to work getting funds for Piper’s final disposition.

Piper needs to be rehabbed, hopefully back to her previous show condition for the sake of her health, even if she never enters a show ring again. She needs to settle into her home again, and Veronica and Michelle need to take a deep breath before the next round.

After the return of Piper, Mr. Banks filed a document to object to Bell / Sanderbeck’s appeal to stay the order, even though Piper is already safe at home. This is to make 110% sure that all the reasons a stay should not be granted is on record.

A summary is as follows:

Veronica and Michelle’s attorney further states in his Memorandum how this most recent appeal by Bell is simply a continuation of unacceptable tactics such as when Bell:

“While the undersigned is not in the habit of questioning the veracity of opposing counsel, in the case at bar it appears Appelant’s counsel (Bell) is making every effort to circumvent the rules of practice and/or misstate the truth in order to achieve his desired result.”

That kinda says it all, don’t you think?

In The Meantime, Can You Help?

Remember this is not just about Piper. It is about every dog owner who could have their dog taken by someone calling themselves a rescue.

Rescues like this need to hear that we will all fight to the bitter end to get our precious animals back.

Rescues like this need to know they can't treat our animals like objects to be used and abused. 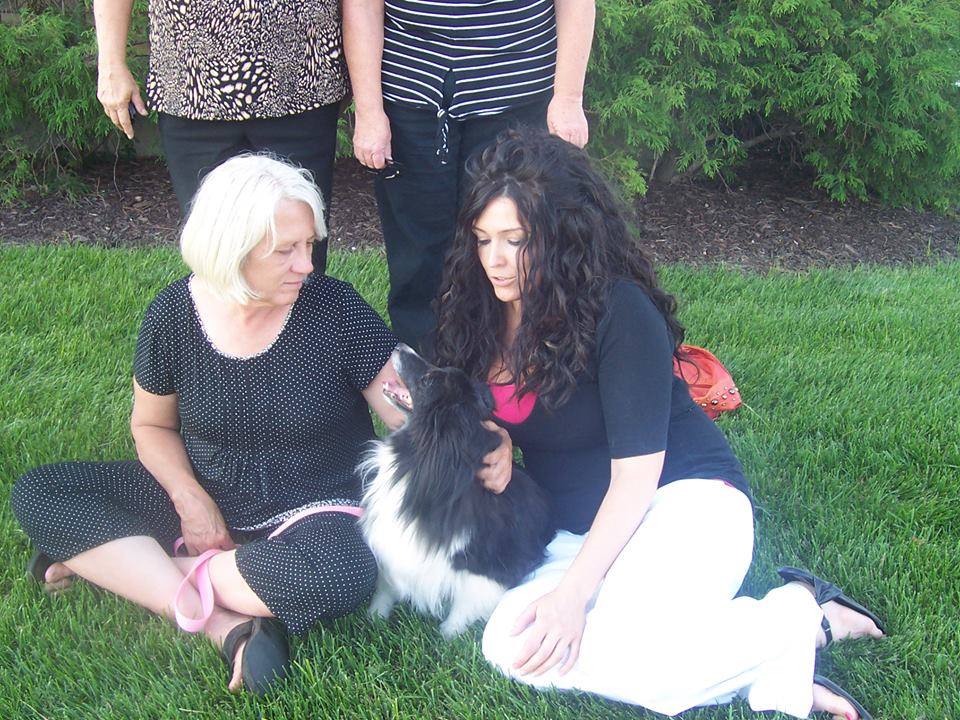 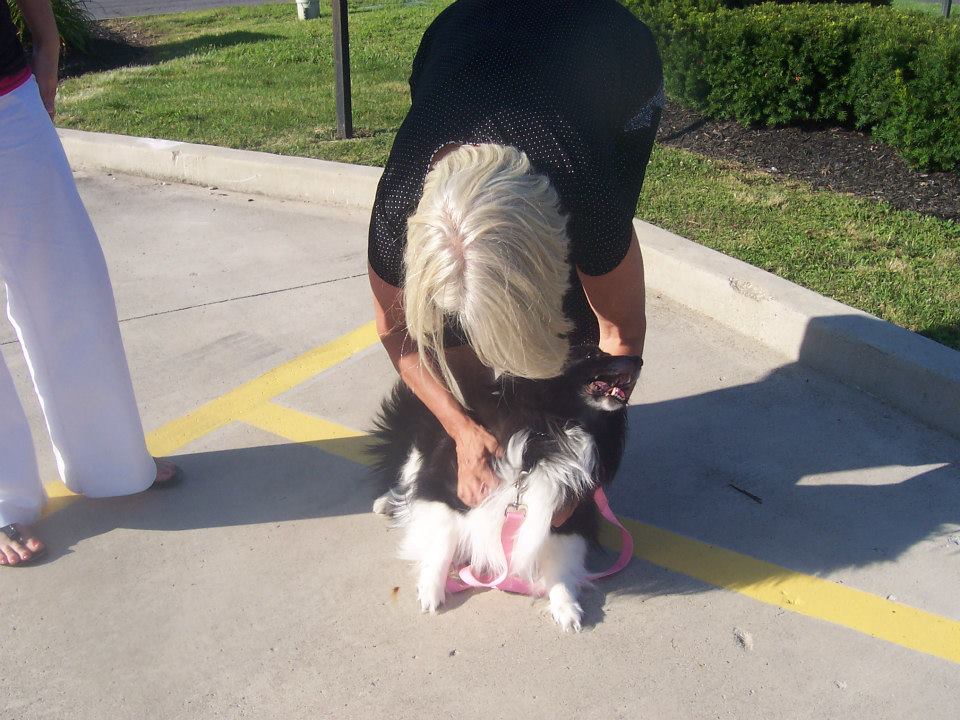 The appeal that Bell filed for the stay of the court order was denied. You can see the actual court document by clicking this link.